I recently had the opportunity to log some flight time in a Czech made L-39 Jet. Aurora based Gauntlet Warbirds is a provider of Aerobatic, tailwheel and jet training. I flew with their Owner and Chief Pilot on an L-39 Training flight. I published a full post about the experience MyFlightBlog.com, my blog dedicated to my experiences of learning to fly and being a Private Pilot.

Read my full review of the L-39 Flight Experience.

Roger Wilco Wear does its flying out of Chicago Executive Airport (KPWK), formerly known as Palwaukee Municipal Airport. So when we started this site the first shirt we designed was the throwback to our local airport, Palwaukee Airport.

We did some research and found out how little we knew about our home airport. The airport was originally founded in 1925 with the name of Gauthier’s Flying Field. It was renamed Pal-Waukee in 1928 due to the airport’s location near the intersection of Palatine Road and Milwaukee Avenue. The airport was privately owned up until 1986 when it was sold by the Priester family to the cities of Wheeling and Prospect Heights, at which point the name was slightly modified again to Palwaukee Municipal Airport, which is the version of the name we have selected for our t-shirt. In August of 2006 the airport when through its most recent identity change, selecting the name Chicago Executive Airport.

The most interesting tidbit we learned about Palwaukee is its tie to the 10 litu’ banknote of Lithuania. The currency, which is one of Lithuania’s most widely circulated, features two Lithuanian pilots, Steponas Darius and Stasys Girenas. The two pilots, who had ties to Chicago and then-named Pal-Waukee airport, attempted to break Lindberg’s non-stop distance record across the Atlantic with a flight from New York City to Kaunus, Lithuania. Unfortunately, the pilots did not succeed and were lost in a crash at Soldin, Germany. The pilots are honored on the 10 Litu Banknote. The image depicts Darius wearing a hat he was known to wear often that included a Pal-Waukee Airport Patch. You learn something new every day.

You can now listen to Live ATC communication from Palwuakee / Chicago Executive Airport.

I recently developed a T-shirt for pilots that are based out of cozy Westosha Airport. Westosha is located just north of the Illinois border in Wilmot, Wisconsin. The airport bumps right up against a local ski hill Wilmot Ski Area, which makes for some fun sightseeing while flying during the winter months.

Last winter I had the opportunity to perform a few touch-n-go’s at the Westosha Airport. Looked like a nice local airport. I know two fellow aviation bloggers that fly out of Westosha. Check out there blogs: PilotTimes and Eblo.

With the holidays behind us we bring you the first Roger Wilco Wear Aviation T-Shirt of the Week. This week’s t-shirt is dedicated to New Garden Airport (N57) also known as New Garden Flying Field. This single strip airport is just 20 miles southwest of Philadelphia in Toughkenamon, PA.

The airport is the home to the Colonial Flying Corps Museum which features a restored DeHavilland DH 82A Tiger Moth Biplane. The plane can seen flying at the annual Museum benefit air show each June.

College Park Airport just north of the Nation’s Capitol is the oldest continuously operating airport in the world. Aviation operations began there in 1909 just six years after the Wright Brothers first flight. Wilbur Wright came to College Park Airport in 1909 to train military officers, preparing them to fly the government’s first airplane. After training with Wilbur Wright Lieutenant Frederic Humphrey became the first military pilot to solo in a government airplane.

The airport is also home to the College Park Aviation Museum. Be sure to stop in and check it out if you visit College Park Airport.

Sadly, this small airport has seen declining traffic since the 9-11 attacks. It’s proximity to the capitol has added great complexity and red tape to flying in and out of this airport. Roger Wilco Wear dedicates these t-shirts to this great airport.

We offer both a short sleeve t-shirt in olive($27) and a black long sleeve($33). On the back it refers to the airport by the nickname “Cradle of Aviation”.

Save the Red Baron Squadron

I was disappointed to learn today that on December 3rd the Schwan Food Company decommissioned The Red Baron Pizza Squadron. The team flew the historic Stearman biplane and has thrilled airshow attendees for 28 years with their acrobatic act.

I have had the pleasure of seeing the Red Baron’s fly at least five times at a variety of airshows. Last summer I had the opportunity to take a flight with the team.

The Squadron was made up of four great pilots whose love for flying was evident the moment I met them. They were as disappointed as I was that the weather prevented them from putting me through a full acrobatic flight. Though I still enjoyed my flight in the Stearman with this great flight team

The folks at AirShowBuzz.com are trying to get people to sign a petition to bring back the Red Baron Squadron. You can sign the petition here then Digg the story as well.

You can show your support for the the Save the Red Baron movement with this t-shirt. The red short sleeve t-shirt is available for $21.00.

Last week, we featured the busiest General Aviation Airport in the United States, Van Nuys Airport. This week, we feature the highest airport in North America. Leadville Airport (AKA Lake County Airport) sits at an elevation of 9,927 feet. As pilots know, an airplane’s performance is affected by altitude and deteriorates the higher you go. Leadville is a perfect place for high altitude flight training and for manufacturers to perform high altitude testing. Leadville has been a base for manufacturers and training programs for some time.

Flying in and out of Leadville can be a challenging endeavor even for experienced pilots. It is not just the adverse effects on the airplane’s performance at such high altitudes, but also navigating mountain passes as Leadville has several peaks over 13,000 feet surrounding the airport.

According to Wikipedia, pilots that land at Leadville receive a certificate commemorating their landing at the highest airport in North America.

Roger Wilco Wear offers both a short sleeve and a long sleeve version of our Leadville Airport t-shirt. The design includes the airports designation as the highest in North America. Check it out in our online store today!

Leonardo da Vinci said “When once you have tasted flight, you will forever walk the earth with your eyes turned skyward, for there you have been, and there you will always long to return.” Every pilot knows this to be true. Celebrate earning your private pilots license with this custom t-shirt from Roger Wilco Wear.

The front of the T-Shirt says “General Aviation Pilot”. Customize the back with your Airport Identifier to share with others where you learned to fly. Available in both short and long sleeve. Check out the shirts today.

There are few moments in life as rewarding as a pilot’s first solo. Pilot and Blogger Av8rdan does a great job of expressing what it is like to take that first solo flight, “Non-flyers will never understand the wonderful sensation a new student pilot feels upon achieving lift for the very first time…SOLO! At that precise moment when your landing gear breaks free from the crust of this troubled planet, a pilot’s soul begins to soar. And when your wings win their battle with gravity and the houses get smaller, it is then that we can proudly state that as members of a most elite family of licensed aviators, we are the luckiest SOBs on the face of the Earth”

Roger Wilco Wear has created designed a t-shirt to commemorate your solo achievement. Available in both short and long sleeve. Customize the back of the t-shirt to have the airport identifier for their airport where you flew your first solo. Check out the shirts today.

Congrats on the great achievement!

Van Nuys Airport is one of the most famous general aviation airports in the world. Located in Van Nuys, California in the San Fernando valley in Los Angeles this airport has often been the airport of choice for the stars including the early stars of Hollywood like Gene Autry, Cecil B. DeMille and Howard Hughes.

The airport has a rich history. It was opened on the 25th anniversary (December 17, 1928) of the Wright Brother’s first flight. The airport was originally named Metropolitan Airport. According to the Van Nuys Airport website their were several record-breaking flights that were flown from the airport: A men’s solo endurance record of 37 hours, by Herbert Fahy, in 1929; A women’s endurance record of 42 hours, by Elinor Smith and Bobbi Trout, in 1929; A women’s speed record of 196 mph, by Florence “Pancho” Barnes, in 1930.

According to wikipedia Van Nuys Airport is the world’s busiest general aviation airport and 25th busiest airport in the world. The airport was celebrated in the 2005 documentary One Six Right.

Roger Wilco Wear has selected Van Nuys for the T-shirt of the week. We present to you two versions of the shirt a black long sleeve t-shirt ($33) and a slate short sleeve for $30. Both feature front and back designs with white font and a blue airport layout map. Check out the store to see these two new additions. 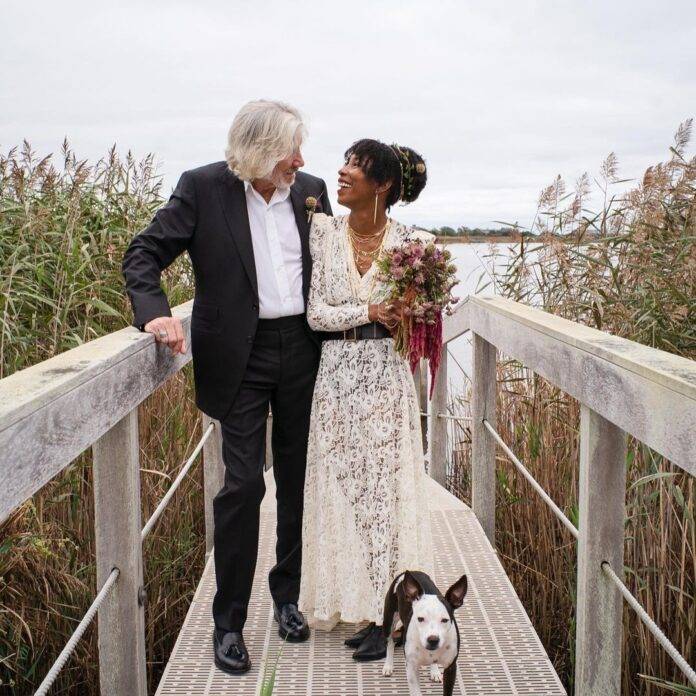 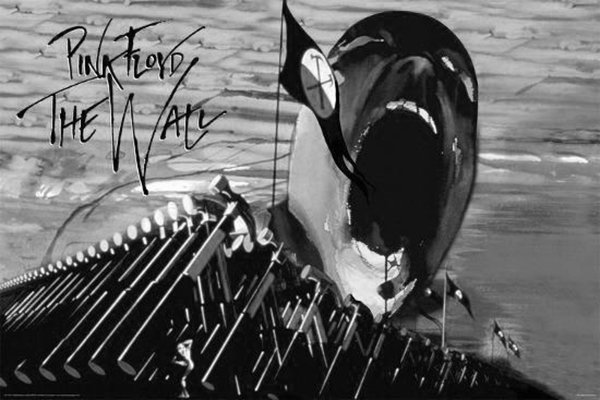 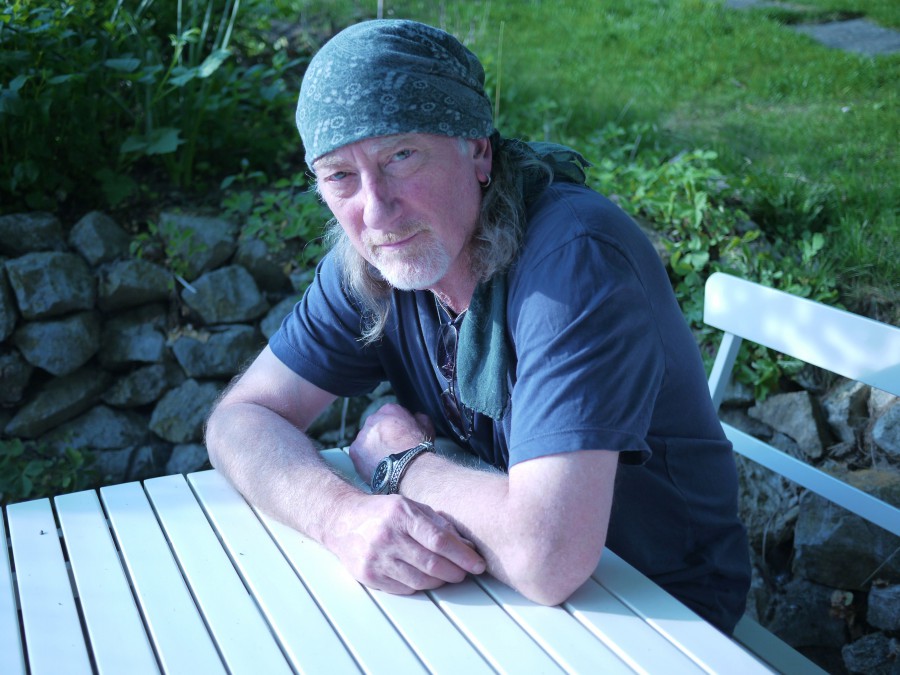 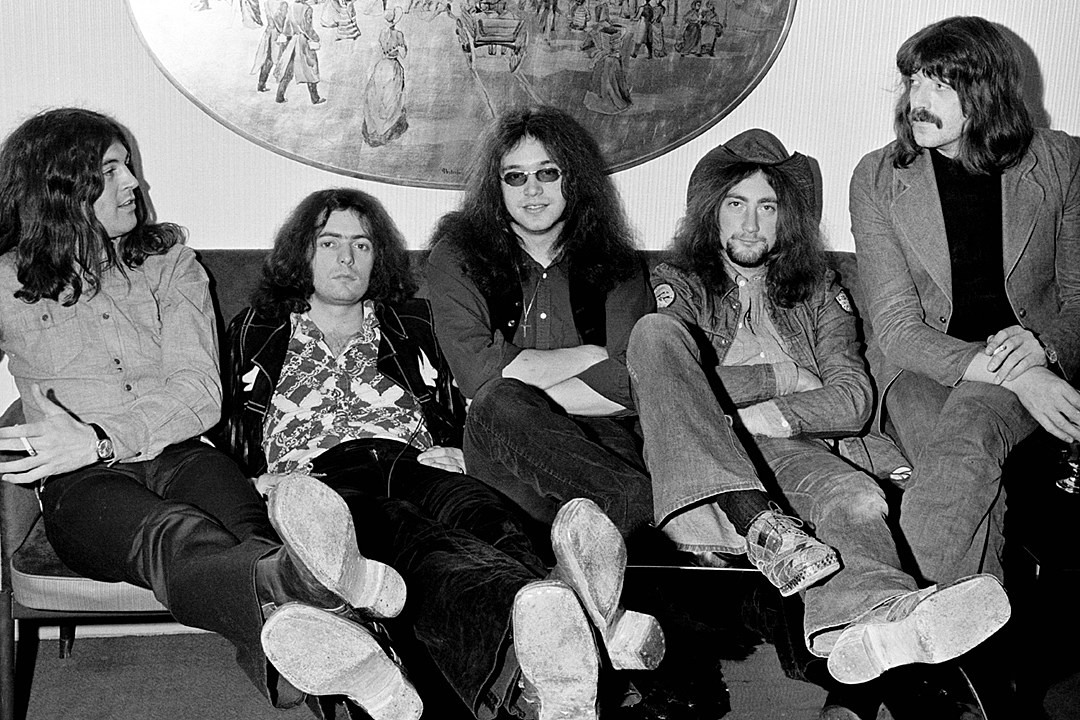 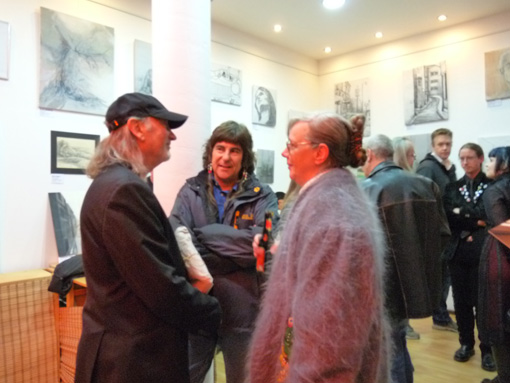 A REALBasic implementation of the famous Random Treknobabble Generator that can be found online and in many stand-alone implementations for various platforms. This implementation can also speak the sentences, if the platform supports it (Mac, Win XP and newer).

The name says it all. Produces human noises whenever a key is pressed.
Written in REALBasic.